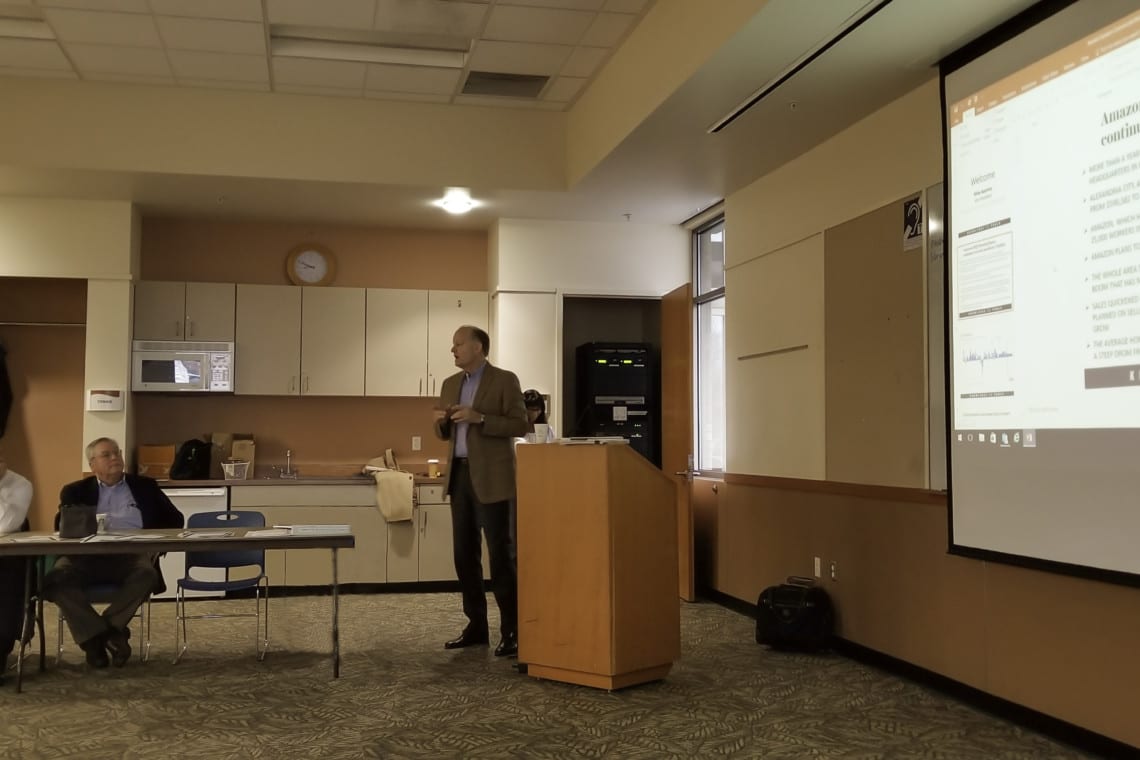 Mike Appleby, VP of Chicago Title was the Guest Speaker at the CBA North Networking Meeting in Burlington on Feb. 5th. One of the topics of the presentation included the tremendous influence Amazon has over the Seattle area and the ripple effect they will cause in the neighboring economies. Using a phrase coined by Mike, the idea of “Seamazonia” was presented. Amazon plans to increase its Seattle workforce by 55,000 (10% of overall employment) by the end of 2020. This, accompanied with the Seattle area growing by 1.6 million in population and 1.2 million in jobs over the next 25 years will spark changes in the Puget Sound.

The increasing employment will push the limits of workers’ driveability from neighboring communities. Traffic in Seattle needs no further explanation. With the expected rise of both population and employment, more people could be searching for housing in outlying areas knowing the cons of the commuting lifestyle. People will have to weigh these cons in comparison to the Seattle housing market, which has increased its average house price by 50% in the last five years. This pressure combined with the underproduction of Washington’s home development will cause a need for more housing options.

One option is to increase the production of Multi-family housing. Seattle has a shortage of available space to expand outwards. Also, the vacancy rates of multi-family dwellings have dropped in the Puget Sound area by an average of 1.8%. Converting Single-family lots to Multifamily lots could be a possible solution. The ability to have more occupants per square foot would allow the area to handle the influx of population. Representatives from the Seattle area have also talked about the need to put living accommodations as close to transit hubs as possible. Incentivizing workers to live in town with the promise of easy access public transportation. Many cities in the Puget Sound region will follow this lead on a micro scale.

Our brief summary showcases one section of information from the detailed slide show. If you’d like to see all the information from the slideshow, which includes data on national housing, local communities, and residential/ commercial real estate, please don’t hesitate to email us. We will be responding to emails sent to PCR@PacificContinentalRealty.com.

The continued effort of the City... Read more